Compare the Best Internet Providers in the Philippines for 2019 | Coins.ph

Compare the Best Internet Providers in the Philippines for 2019 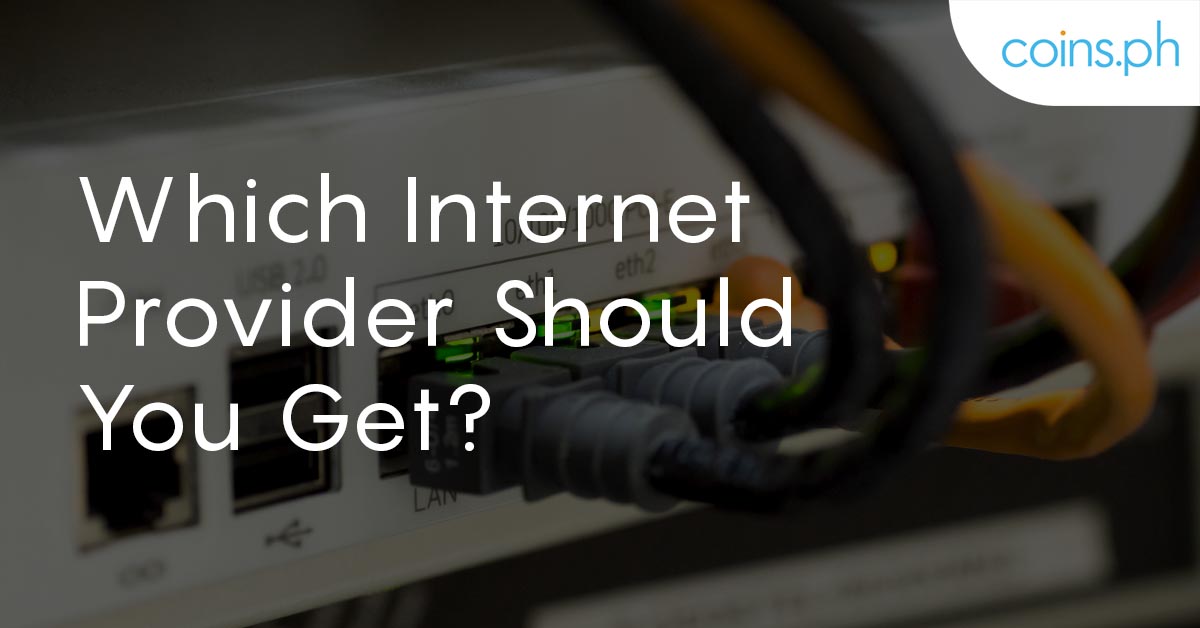 In a world where everything can be done online, the worst notice you can get is “Internet may not be available.” You never want to offend a client by getting cut off from an important Skype meeting or lose the opportunity at a seat sale just because your internet connection is unreliable. (Read: Tips to Book Cheap Flights)

To help you stay connected all day and every day, here’s a guide to the best Internet providers and plans for 2019:

Steadily expanding their reach, Converge ICT has become one of the fastest growing Internet providers today. With competitive pricing, unlimited plans, and Internet speeds starting from 25mbps, you know that they’re working on becoming a main contender in the ISP game

One of the few downsides to Converge is that, since they’re a relatively new player, availability in certain areas is still in the works. Another is that they don’t have a landline bundled into their services. But if you don’t use a landline anyway, Converge may be the right internet provider for you.

If you’re a big TV buff and/or you already have Sky Cable services installed, then you might want to check out SKYbroadband services. You can bundle them with your existing cable service even get perks like SKY on Demand. This way, you can watch your favorite shows and movies nonstop on those binge days.

The SKYbroadband plans are a bit pricier than the Converge plans, but they’re also available in more areas compared to Converge ICT. You also get the convenience of paying just one bill for both cable and Internet if you get it bundled. (Read: Which SKYbroadband Plan is right for me?)

PLDT is the OG that pioneered Internet services in the Philippines. With their phone bundles and unlimited fiber plans available in most major cities and provinces.

While there were complaints about PLDT services in the past, the new products like Google Fiber plans are well received and reviewed.

PLDT’s long-time rival and major competition. With competitive pricing for similar products, they remain to be another trusted ISP nationwide.

Globe’s reputation seems to sway one direction or the other depending on location. But when you’re in a service area with Globe towers nearby, their Internet services are reported to be more consistently stable with early notice for potential service interruptions.

All plans are inclusive of the following:

Stay on top of your broadband payments with Coins.ph

Pay for your internet bill on-time and straight from your phone with Coins.ph. You can set a bill payment notification too so you never have to worry about missing a payment. No hassle, no waiting in lines, and no stress!