Genshin Impact Guide: How to Get Started | Coins.ph

Genshin Impact Guide: How to Get Started 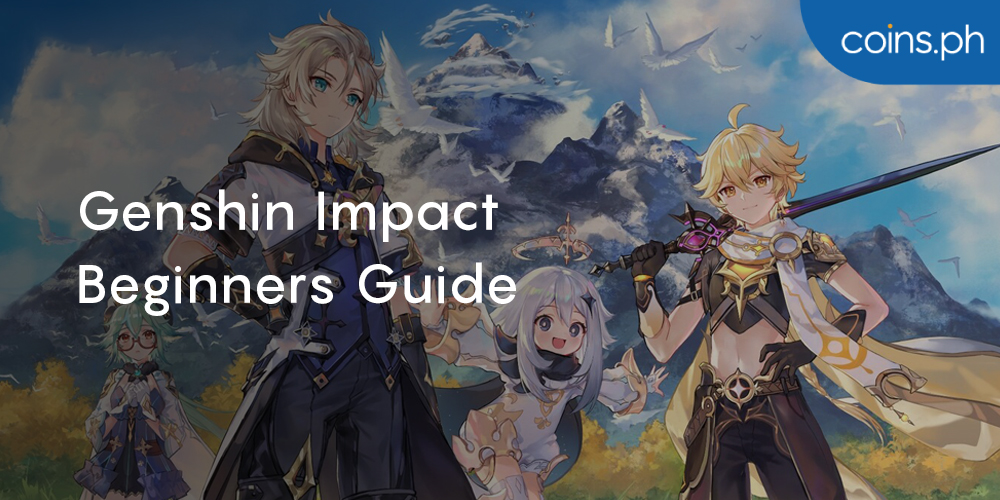 If you’ve been keeping up with the game world news lately, you would know that video game Genshin Impact is on its’ first year anniversary week with an estimated $2 billion in earnings from mobile phones alone. If that isn’t enough reason for you to download this free-to-play game right now, here’s a quick rundown on Genshin Impact.

What is Genshin Impact?

Said to be inspired by Nintendo’s Legend of Zelda, Genshin Impact is a free-to-play Role Playing Game (RPG) with an expansive open-world, a charming story, and unique built-in gameplay systems available in mobile, PC, and console. The fact that Genshin Impact requires you to really grind in-game, or at the very least really spend for crystals, to unlock high-powered warriors made it widely popular and set it apart from other open-world RPGs.

1. Complete as many quests as you can as you explore the open world

Remember that while discovering hidden secrets, playing mini-games, and beating minor bosses are fun, it’s the quests that will help you unlock new content.

In Genshin Impact, your Adventure Rank affects the in-game featues that are available to you. To do this, open chests, do daily commissions, and beat bosses to claim rewards.

3. Take advantage of the pity system

You can get characters and weapons through Wishes on Genshin Impact but for the most part it is a gamble. That is, except for when you receive “Pity”. The pity system ensures that you receive certain ranks or stars after consistently wishing on the same banner until you hit your pity count.

e.g. After nine wishes without a four star, you will automatically be granted four stars on your tenth wish based on the pity system.

Original Resin is Genshin Impact’s reward currency. Let’s say you complete a domain or defeat a boss, you will need to use Original Resin to claim your reward. Remember that while your 160 resin replenishes every eight minutes, it takes 21 hours and 0 minutes to replenish your resin fully. But if you turn your Original Resin into Condensed Resin, you’ll be able to use it for later rather than needing to spend it as soon as you get it.

Questions or feedback? Send us a message at https://support.coins.ph/hc/en-us/requests/new. Our operating hours are from Monday – Friday, 9AM – 6PM