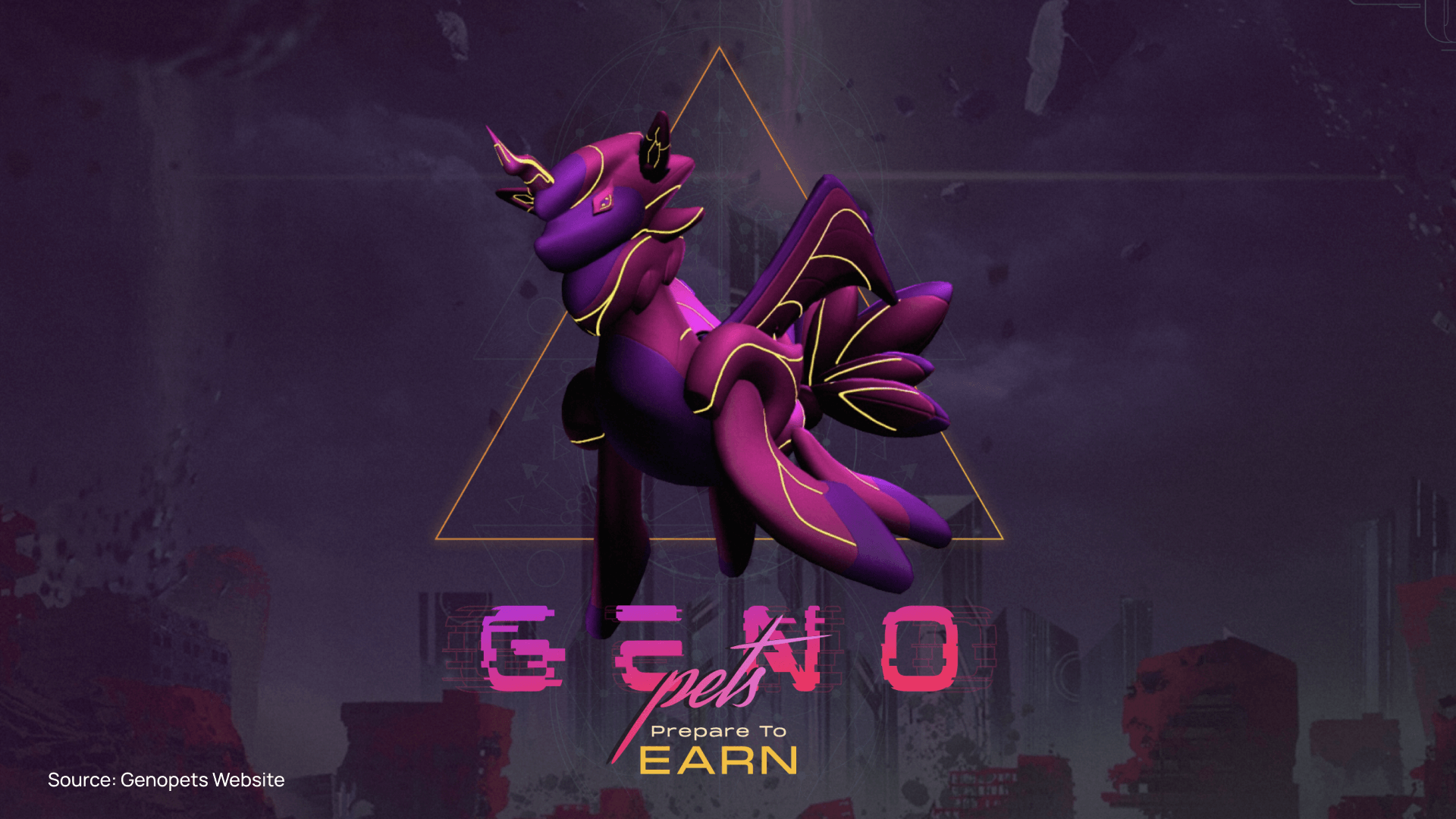 With the introduction of NFTs in crypto, many different Web 3.0 games sprung up between 2021 and 2022. Play-to-earn or P2E games like Axie Infinity, Pegaxy, Gods Unchained, and GALA Games: Town Stars are just some examples of games where gamers are able to play games, earn in-game currency in the form of cryptocurrencies and NFTs which can be sold for fiat to pay for living expenses.

For example, in Axie Infinity, users play a turn-based card game where they battle with other users to earn SLP, the in-game currency, which can be sold for Pesos.

Move-To-Earn as a concept has been around but only started taking off in 2021 with StepN leading the movement. The basic idea of Move-To-Earn is to reward users for moving around and exercising physically.

However, most Play-To-Earn or Move-To-Earn games will require users to purchase an NFT or character to be able to start playing or even start earning cryptocurrencies. This is where Genopets come in.

Genopets is the first Free-To-Play, Move-To-Earn NFT game that rewards users with cryptocurrencies for moving around in the physical world. A Genopet is your digital companion which grows with you. As you move around, be it running or walking, you will earn steps that can be used to increase the level of Genopet giving you an advantage when you battle.

How to earn from Move-To-Earn games?

Move-To-Earn earning mechanics can vary from application to application. But the main concepts like a dual token mechanism, and moving to earn in-game currency is very similar.

For example, a popular game like Genopets runs on a Dual Token system. Each of the tokens has its function and in-game utility.

GENE is the governance and staking token used for Genesis NFT sales, seasonal drops, and for in-game crafting of items. By staking GENE, users can get staking rewards, beta access to game functions, seasonal NFT drops, and future Energy boosts.

KI is the in-game currency. Users who own Habitat, which represents the land in Genopets, can harvest $KI by converting Energy from their daily steps. Upon use, KI will be burnt and at the same time, there is a limit to how much KI a user is able to earn per day.

The other earning mechanism is moving around and clocking steps. These steps can then be banked in as energy which can then be converted to XP to level up your Genopet. These Genopets can be sold on the open market in future developments.

What NFTs are in Genopet?

Like Play-To-Earn games, Move-To-Earn games have their own NFT with various functions as well. These NFTs can be land parcels, game characters, or in-game items that can help boost your character stats.

In Genopets, in-game NFT items include Habitats, Crystals, and Items. Each of these NFTs can be minted by using in-game items like Terraform See, Refined Crystals, GENE, and KI. This way, the NFTs tie in with the in-game currency which creates an ecosystem where users have to move to earn Energy, upgrade their characters, earn items from battles, and mint new Habitats which allows them to harvest more KI.

What is a Habitat?

Habitats represent Land in the Genoverse and they are the NFT homes for your Genopets. Habitats unlocked additional functionality like crafting in-game NFT items like Battle Items, Power-Ups, and much more. As the habitat level increases, users will unlock advanced functions that allow for the crafting of NFTs and refining Crystals which can be sold on NFT Marketplaces.

Crystals spawn on habitats and they play a crucial role in the Genopets ecosystem. Each habitat can spawn 1-3 unrefined crystals. Users are able to refine crystals in the laboratory by using KI, and the refined crystals can then be used to alter the element of the Genopet, used for crafting NFT items, and sold in the open market.

How do I start Genopets?

There are 2 routes for Genopets, Free-To-Play, and Pay-To-Play. In the Free-To-Play, users are able to mint their Genopets at no cost, the Genopet will be based on a quiz the player answers during the setup of the game.

Upon minting the Genopet, it’s as simple as linking Genopets app to a smartwatch or the mobile device’s steps counter to start playing. As players walk or run, Genopets app will collect these steps and players will have to bank in these steps(converting them to energy) which can then be converted to XP for your Genopets.

On the Pay-To-Play side of things, players can purchase Habitats from NFT Marketplaces or directly from the Genopets Marketplace. Having these Habitats will enable users to earn KI, rent out Habitats to other players, and craft NFTs which can be sold.

As of writing, Genopets is in private beta which only allows a small group of users to play the game, however, players who are interested to start playing Genopets can Whitelist for the Public Beta that is ongoing now.

Genopets is being launched in phases and there are 3 main phases for Genopets:

Things are still moving and growing with the Genoverse and we have only covered the tip of the iceberg for Genopets. If you want in-depth research and review of Genopets, do check out our partners at Old Fashion Research where they have an in-depth research paper on Genopets and what we can expect from the game.

Disclaimer: The information and publications in this article are not intended to be and do not constitute financial advice, investment advice, trading advice, or any other advice or recommendation offered or endorsed by Coins.

Jorden is the Content Lead for Coins.ph. He likes to make complicated concepts into easy bite-size information which is easy for readers to understand. He does YouTube in his free time. 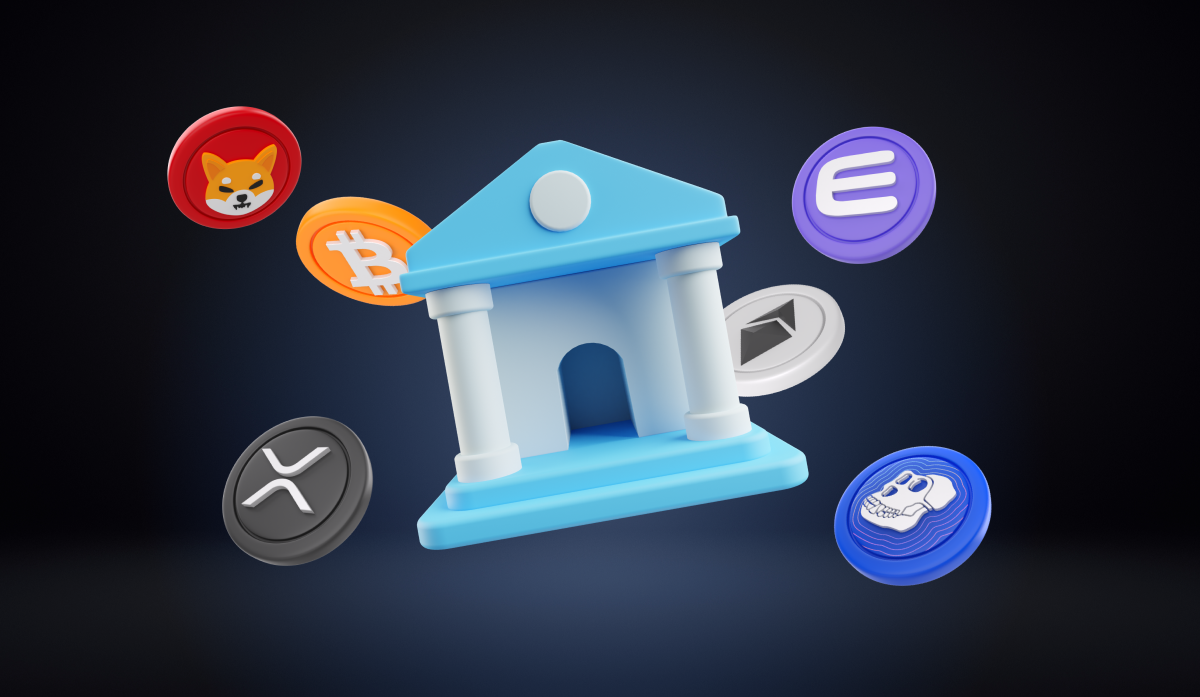 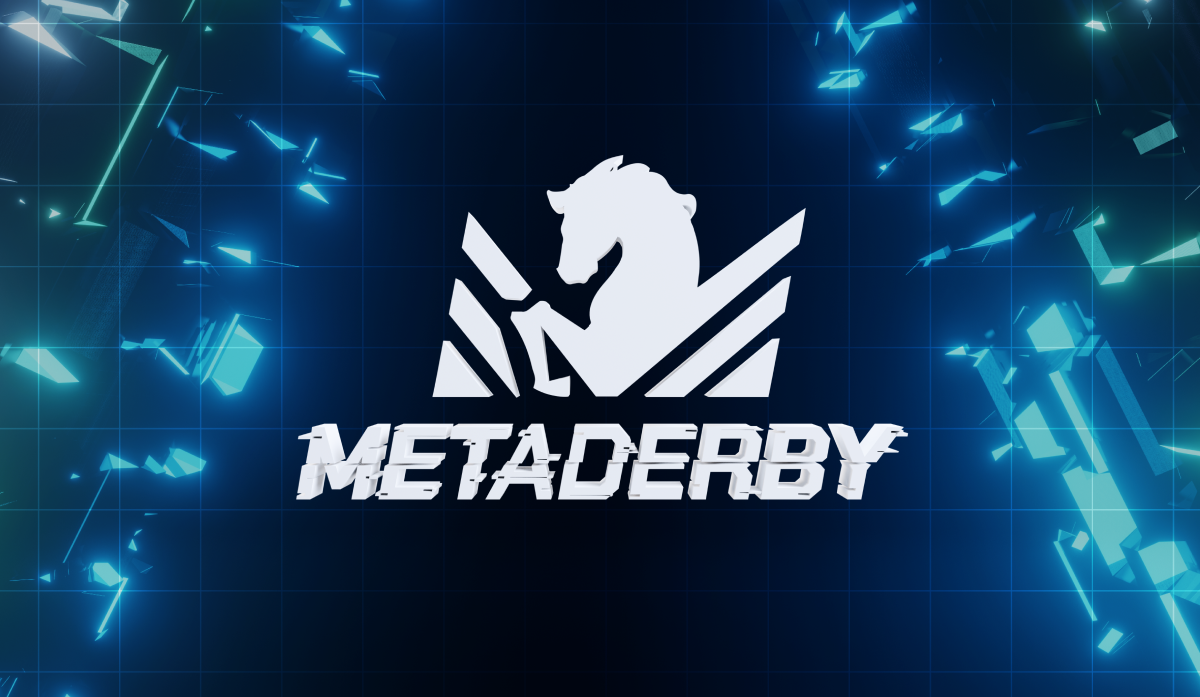 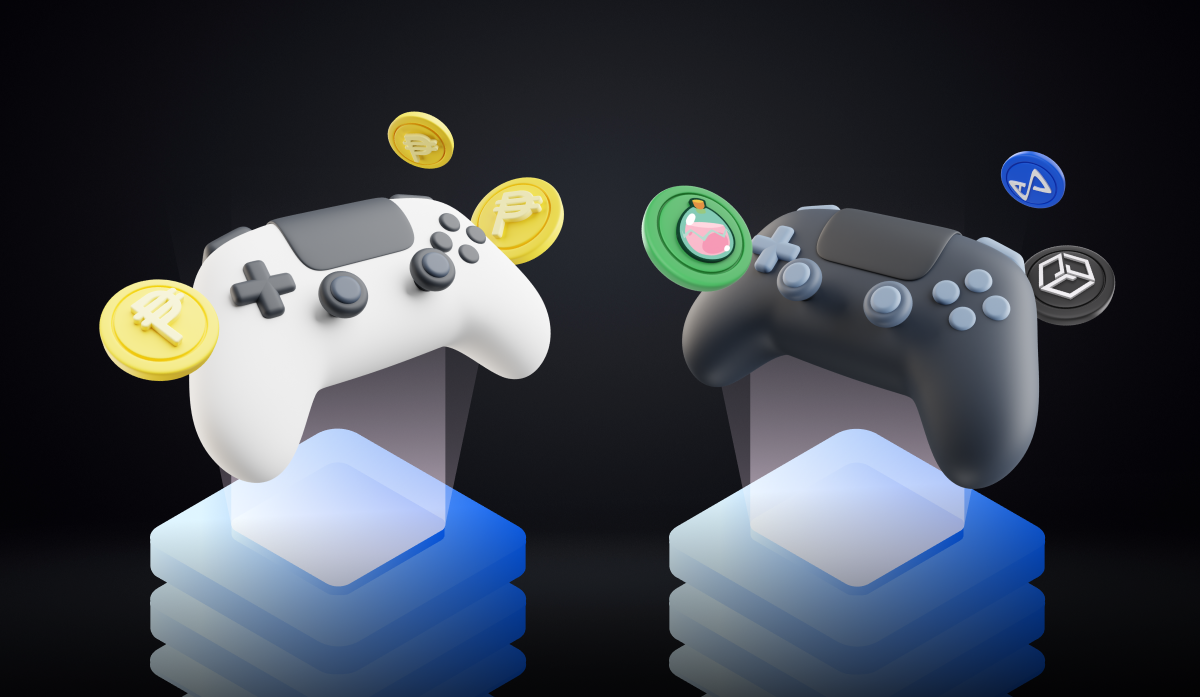 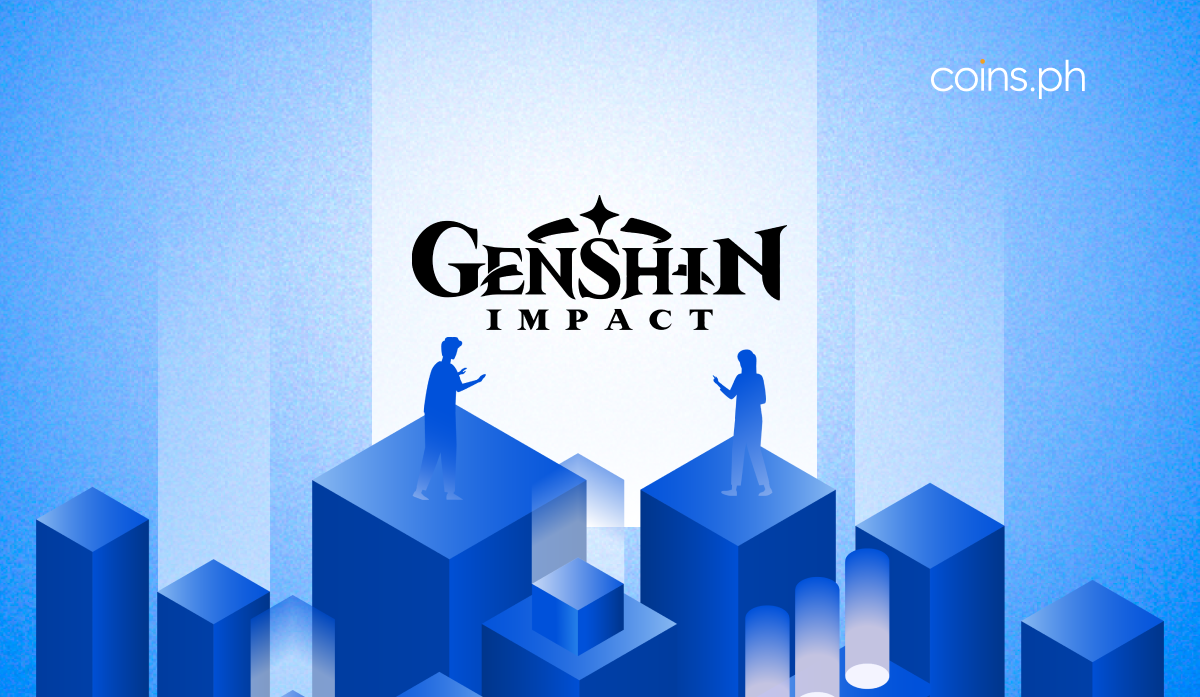 How to Top Up Genshin Impact 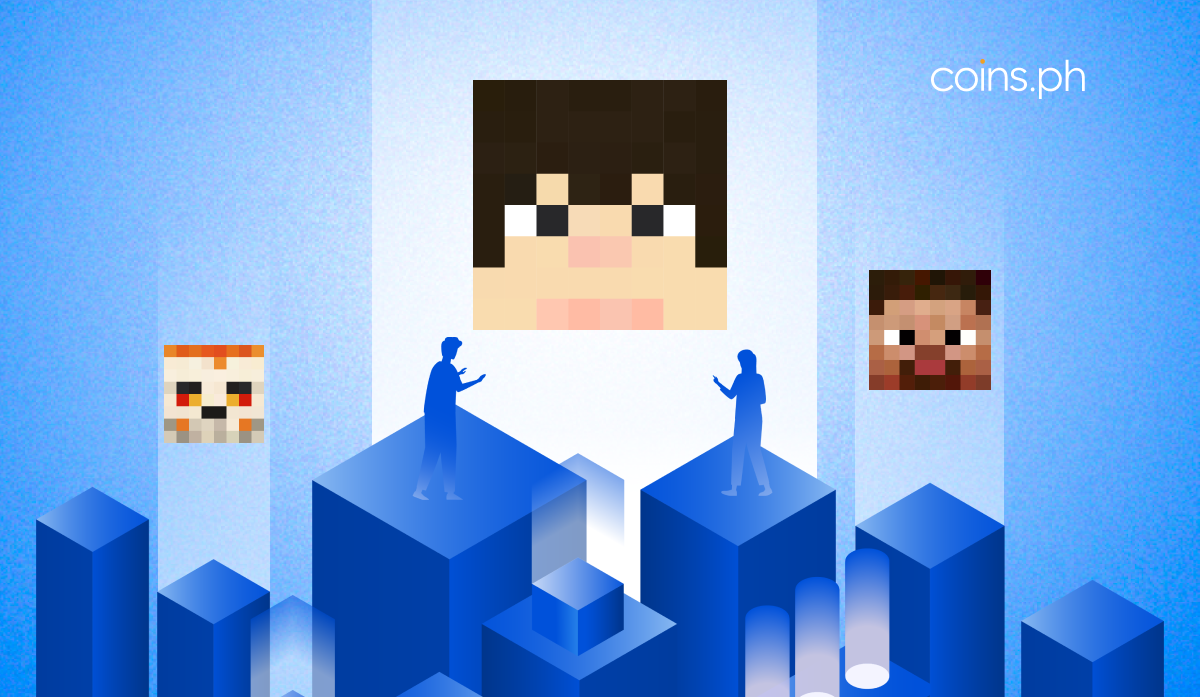 How to Buy Minecoins for Minecraft 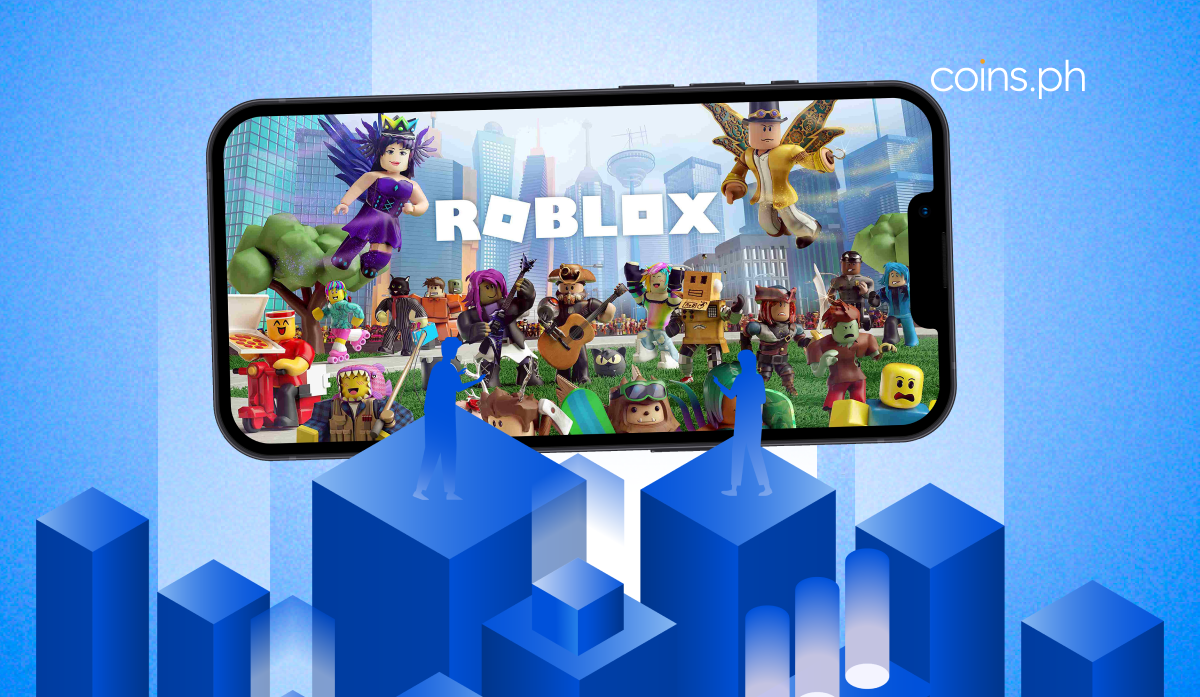 How to Buy Roblox Credits

Crypto 101 ETH Life Guides Tutorials Safety and Security BTC Play-to-Earn Gaming USDC LOOKS
You've successfully subscribed to Coins Academy | Coins.ph
Great! Next, complete checkout to get full access to all premium content.
Error! Could not sign up. invalid link.
Welcome back! You've successfully signed in.
Error! Could not sign in. Please try again.
Success! Your account is fully activated, you now have access to all content.
Error! Stripe checkout failed.