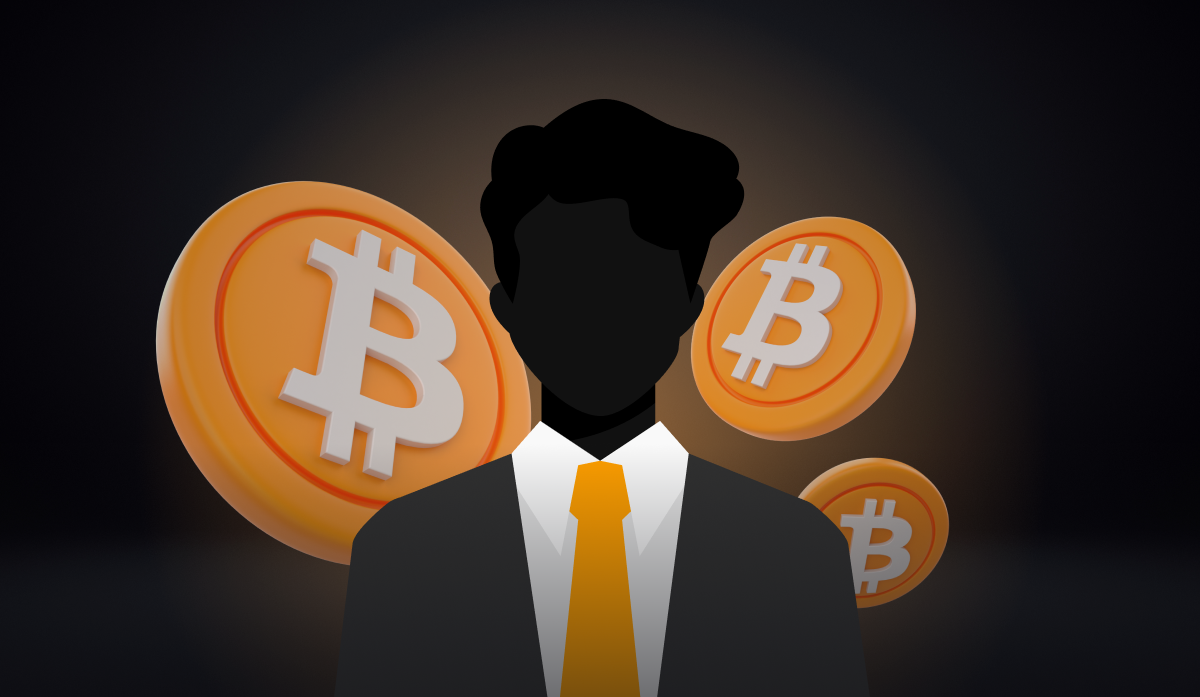 Who is Satoshi Nakamoto?

The History of Bitcoin

On October 31, 2008, a whitepaper entitled “Bitcoin: A Peer-to-Peer Electronic Cash System” was published on bitcoin.org. Its author, Satoshi Nakamoto, elaborated on the weaknesses of financial institutions and provided a decentralized approach in the form of Bitcoin.

In the abstract of the paper, this was defined as “a purely peer-to-peer version of electronic cash would allow online payments to be sent directly from one party to another without going through a financial institution.” A few months later, on January 3, 2009, the genesis Bitcoin block was mined, signifying the launch of the blockchain, and the rest is history.

From its humble beginnings back in 2008 all the way to the all-time highs of $68,990 achieved in 2021, Bitcoin has come a long way since. With the birth of Bitcoin, many other cryptocurrencies like Ethereum, Cardano, Ripple, and others were able to achieve their own success as well.

However, one of the most notable differences between these coins is that we know the founder of the projects, like Ethereum’s founder, Vitalik Buterin, Cardano’s founder Charles Hoskinson, and Ripple’s founders Chris Larsen and Jed McCaleb. You can easily identify them because of their presence in the public eye, as they often speak at conferences, and express their thoughts on social media. Bitcoin’s founder, the mysterious Satoshi Nakamoto, has never been seen in public.

“A purely peer-to-peer version of electronic cash would allow online payments to be sent directly from one party to another without going through a financial institution.” - Satoshi Nakamoto

The identity of the anonymous Bitcoin founder has long been a topic of discussion among cryptocurrency traders and historians. No one knows for sure if Satoshi Nakamoto was an individual or a group of people. Furthermore, he hasn’t been heard from since December 2010 after he left his final message on the Bitcointalk forum:

“There’s more work to do on DoS, but I’m doing a quick build of what I have so far in case it’s needed, before venturing into more complex ideas. The build for this is version 0.3.19… Added some DoS controls. As Gavin and I have said clearly before, the software is not at all resistant to DoS attacks. This is one improvement, but there are still more ways to attack than I can count. I’m leaving the -limitfreerelay part as a switch for now and it’s there if you need it.” - Satoshi Nakamoto's final message on Bitcointalk forum

The main thing takeaway from this last comment is the words, “There’s more work to do..” It’s unknown whether or not Satoshi Nakamoto continued to work on Bitcoin after this or if he had handed over the reins to somebody else. For all we know, he could still be working on Bitcoin to this day, and we would never know.

Assumptions and Conspiracy Theories About Nakamoto

While not much is known about the founder, some have reported that he holds over 1 million BTC, which is nearly 5% of the entire Bitcoin supply. As of August 2022, that’s valued at around $24.3 billion or ₱1.3 trillion! At BTC’s peak back in mid-November 2021, his net worth was around $69 billion, and was among the Top 20 on the Forbes 2021 billionaire list (currently top 80).

Throughout the years, some have attempted to uncover the identity of the mysterious founder and back in 2014, Newsweek claimed that a man named Dorian Nakamoto was the creator of the famous cryptocurrency. The article expressed the similarities between both Nakamotos, as Dorian had a background in math, technology, and engineering as well, but he refused to answer any questions about Bitcoin. A few weeks after the article was published, it was appended to include Dorian’s denial of any role in Bitcoin as a whole.

Similarly, in a New York Times article, some claimed that a man named Nick Szabo, a computer scientist, legal scholar, cryptographer, and a key individual in the development of smart contracts, was allegedly the exact same person as Satoshi Nakamoto. Szabo played an important role in the development of a Bitcoin predecessor called Bit Gold, which sought to achieve similar goals as that of Bitcoin. Books were even written to make the case for it, as Dominic Frisby claimed in his book, Bitcoin: The Future of Money, that Szabo’s writing style was extremely similar to Satoshi’s. However, Szabo has denied any role in Bitcoin as well.

On the other hand, there are some individuals who have insistently argued that they were behind this cryptocurrency. Craig Wright, an Australian computer scientist, claimed in a Wired article that he was involved in the creation of Bitcoin. He included multiple email correspondences, chat transcripts, business dealings, and other evidence to help support his claims. They even found a blog article on Wright’s website that was centered around cryptocurrency, which was seemingly published months before the first Bitcoin whitepaper. However, since then, Wired has found multiple inconsistencies in Wright’s stories, as they discovered that some pieces of evidence were indeed fraudulent.

Although these attempts to uncover Satoshi’s identity have been unsuccessful, take nothing away from the man’s contribution to the evolution of the cryptocurrency industry as a whole. Without him, there would be no wide-scale implementation of Bitcoin as a mode of payment, El Salvador wouldn’t have a cryptocurrency as a legal tender, and Coins.ph wouldn’t be what it is today. He will go down as one of the most influential individuals (or groups of people) of all time and may go down as the first anonymous one. 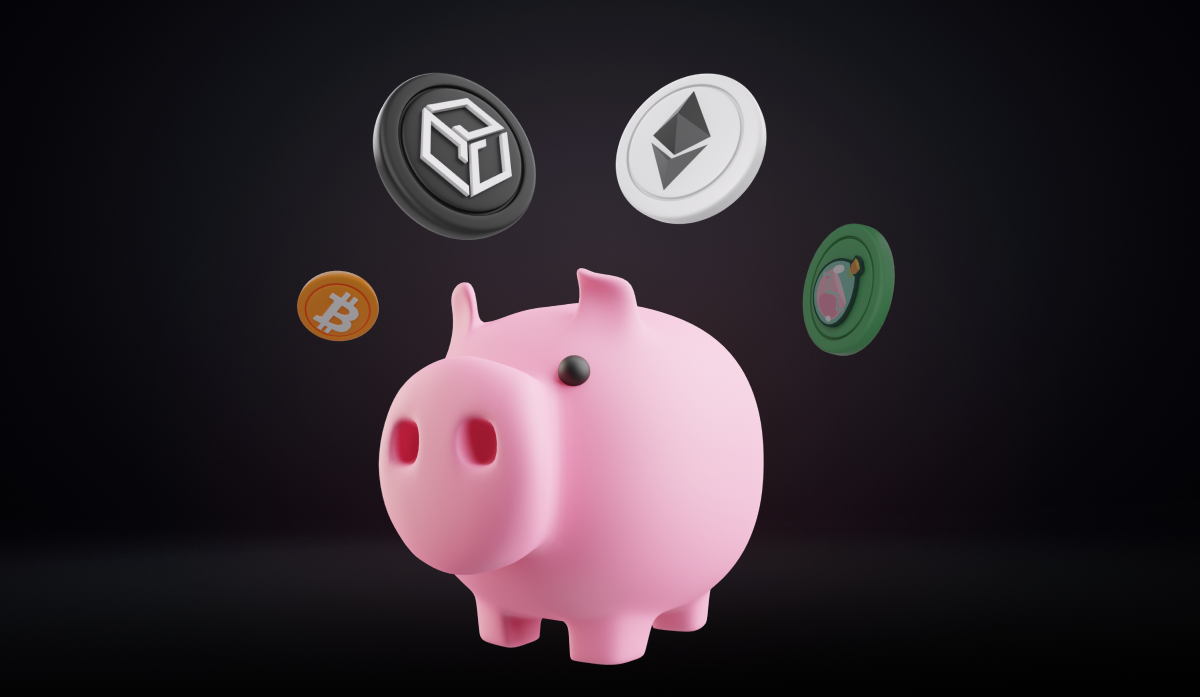 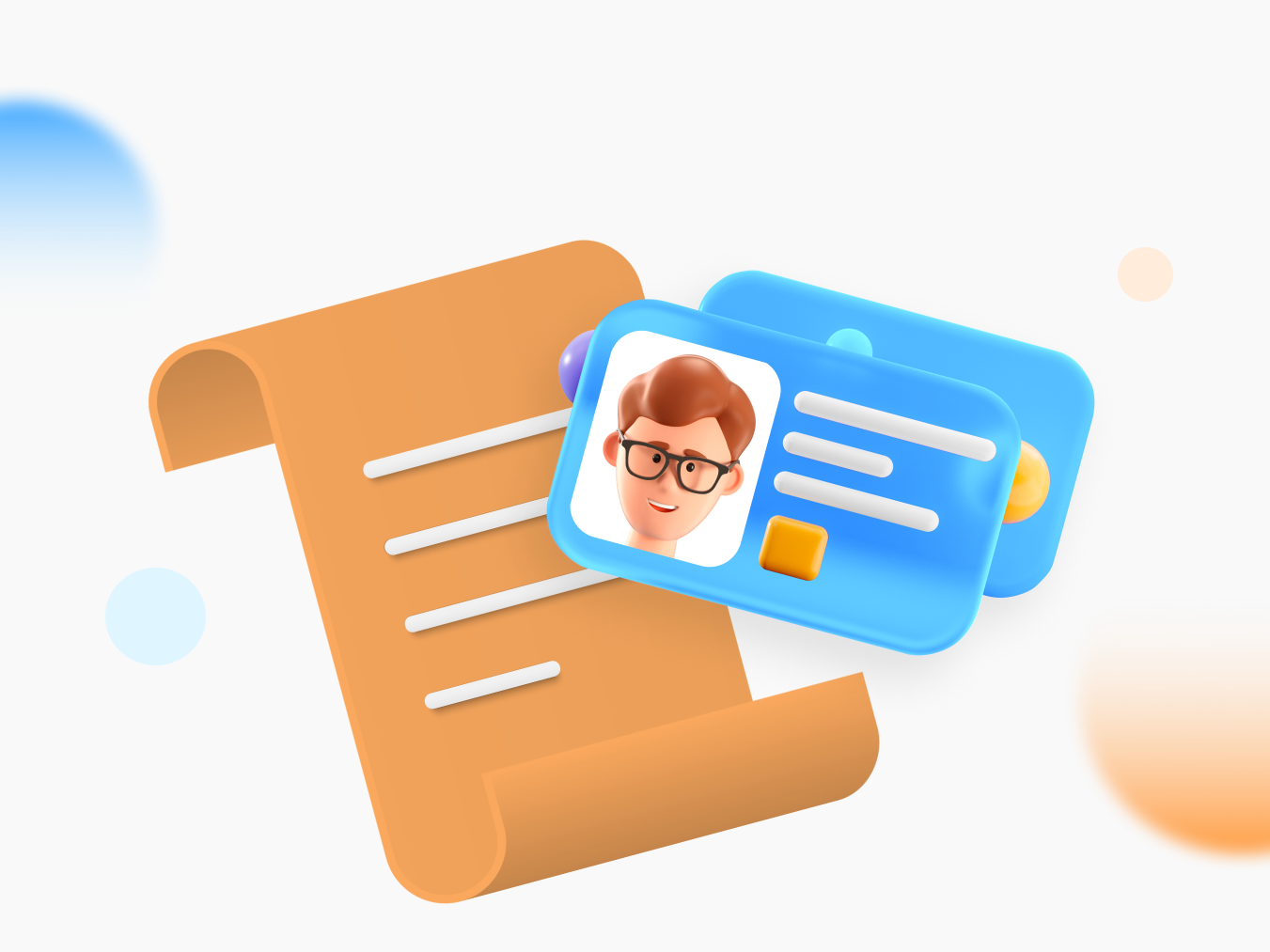 What is Enhanced Due Diligence (EDD)? 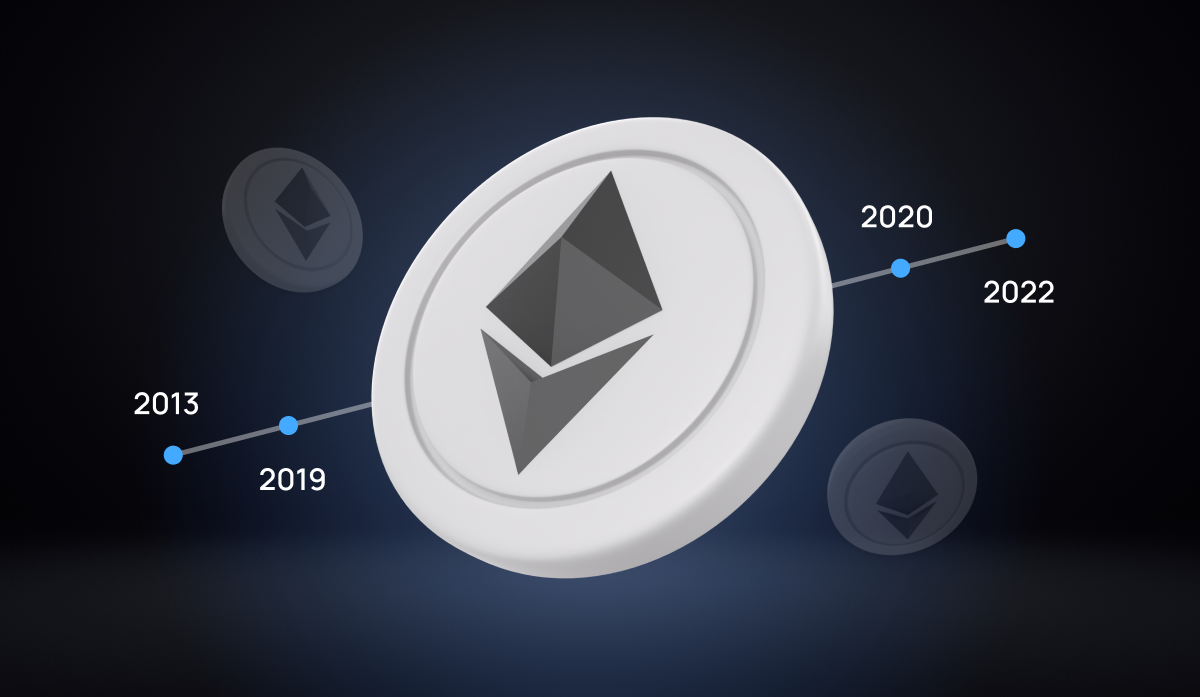 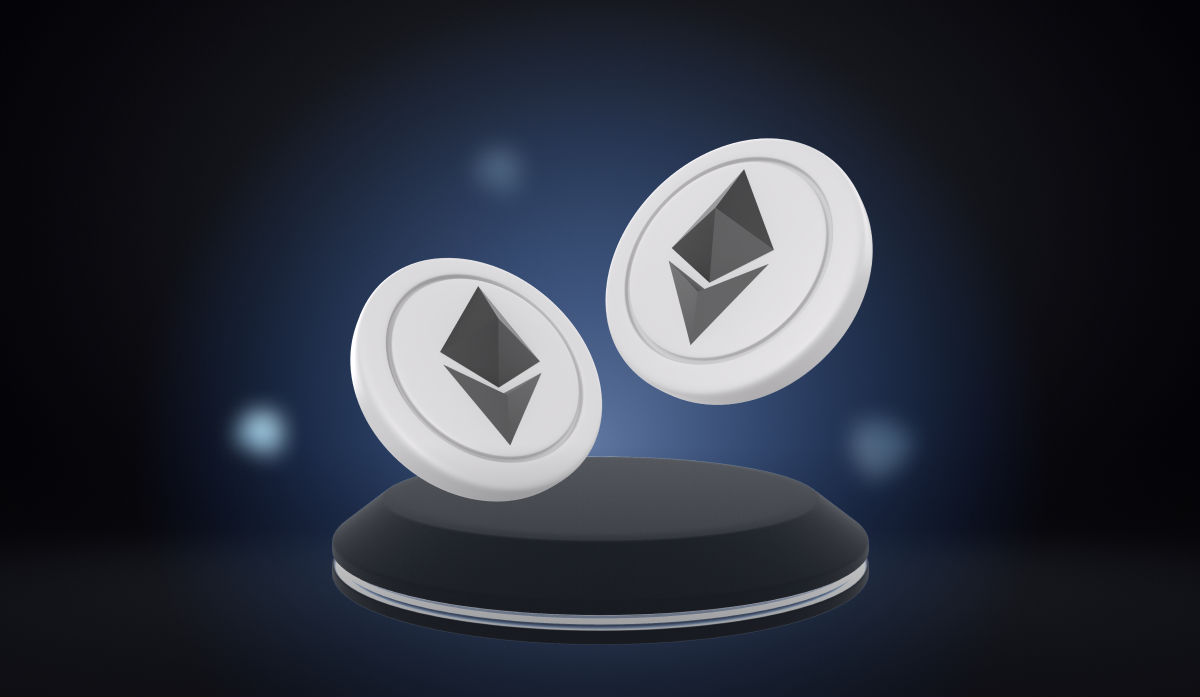 What is the Ethereum Merge and why does it matter? 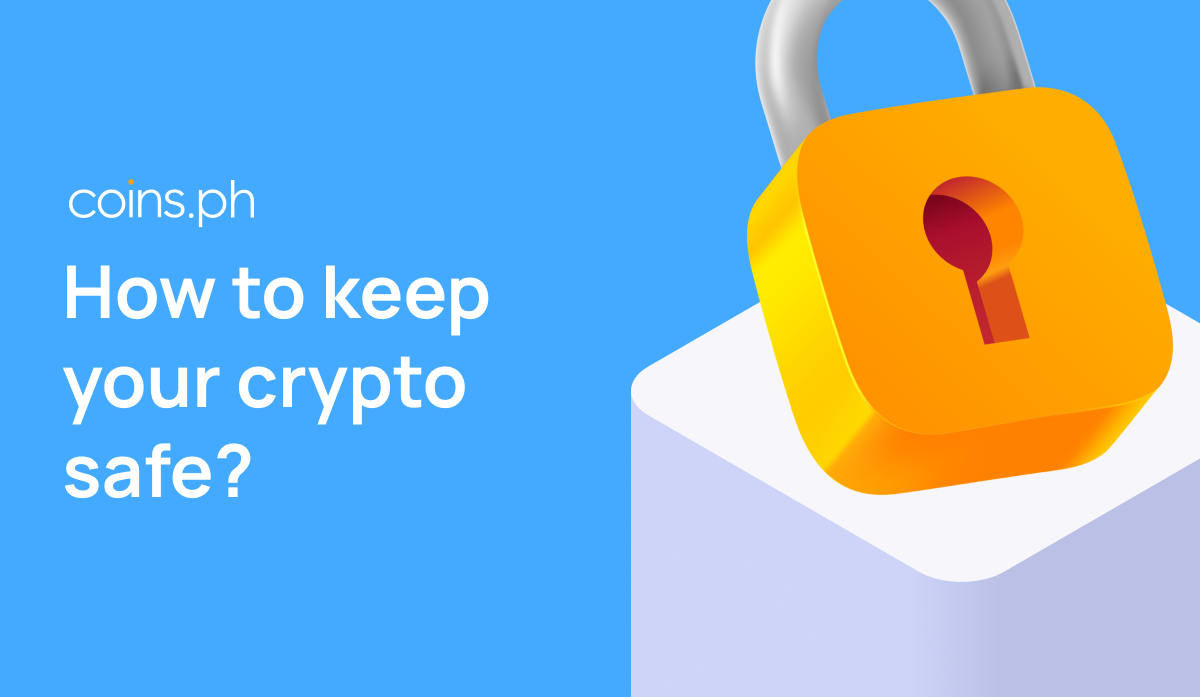 How to keep your crypto safe?

Crypto 101 Life Guides Tutorials Safety and Security Gaming Play-to-Earn NFTs News
You've successfully subscribed to Coins Academy | Coins.ph
Great! Next, complete checkout to get full access to all premium content.
Error! Could not sign up. invalid link.
Welcome back! You've successfully signed in.
Error! Could not sign in. Please try again.
Success! Your account is fully activated, you now have access to all content.
Error! Stripe checkout failed.